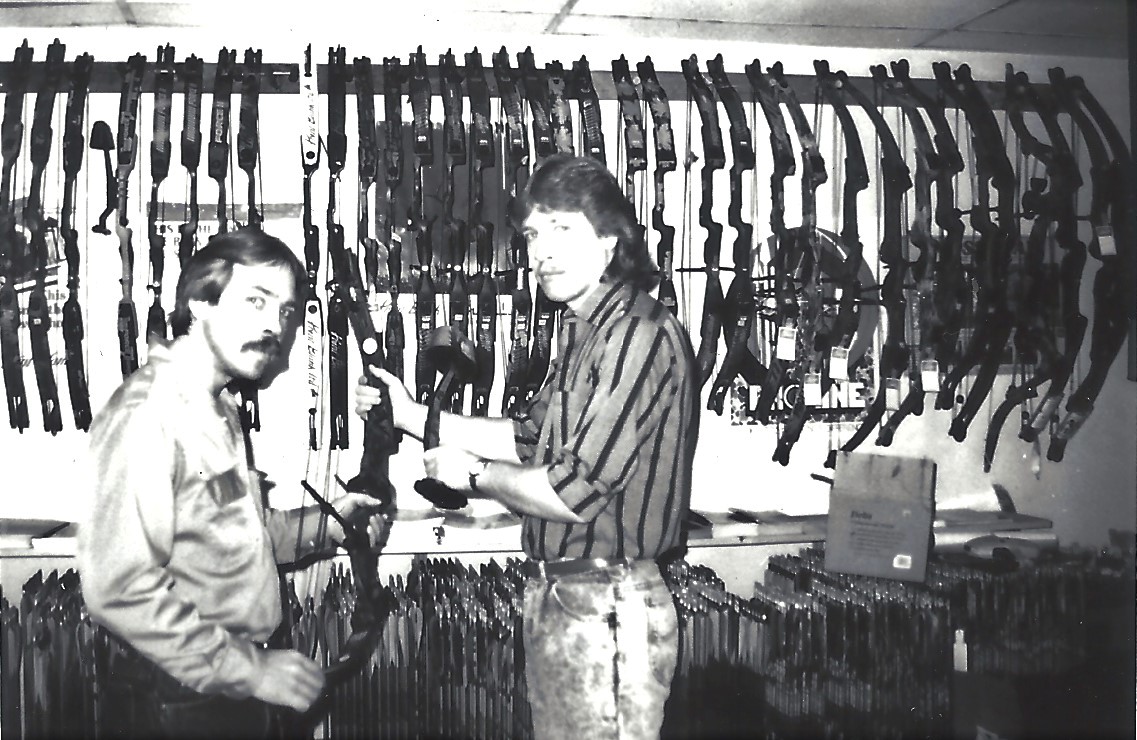 In the midst of the early 1980’s raw fur boom, brothers 23-year-old Mark and 16-year-old Joe Rupprecht found themselves selling furs and hides to a small fur trading shop located in western Pennsylvania. From the beginning Mark and Joe were intrigued by this operation and expressed a great interest in what was at the time, a rapidly expanding market. The owner of the fur trading shop agreed to mentor the brothers on the process of buying and selling furs in order to make a profit. 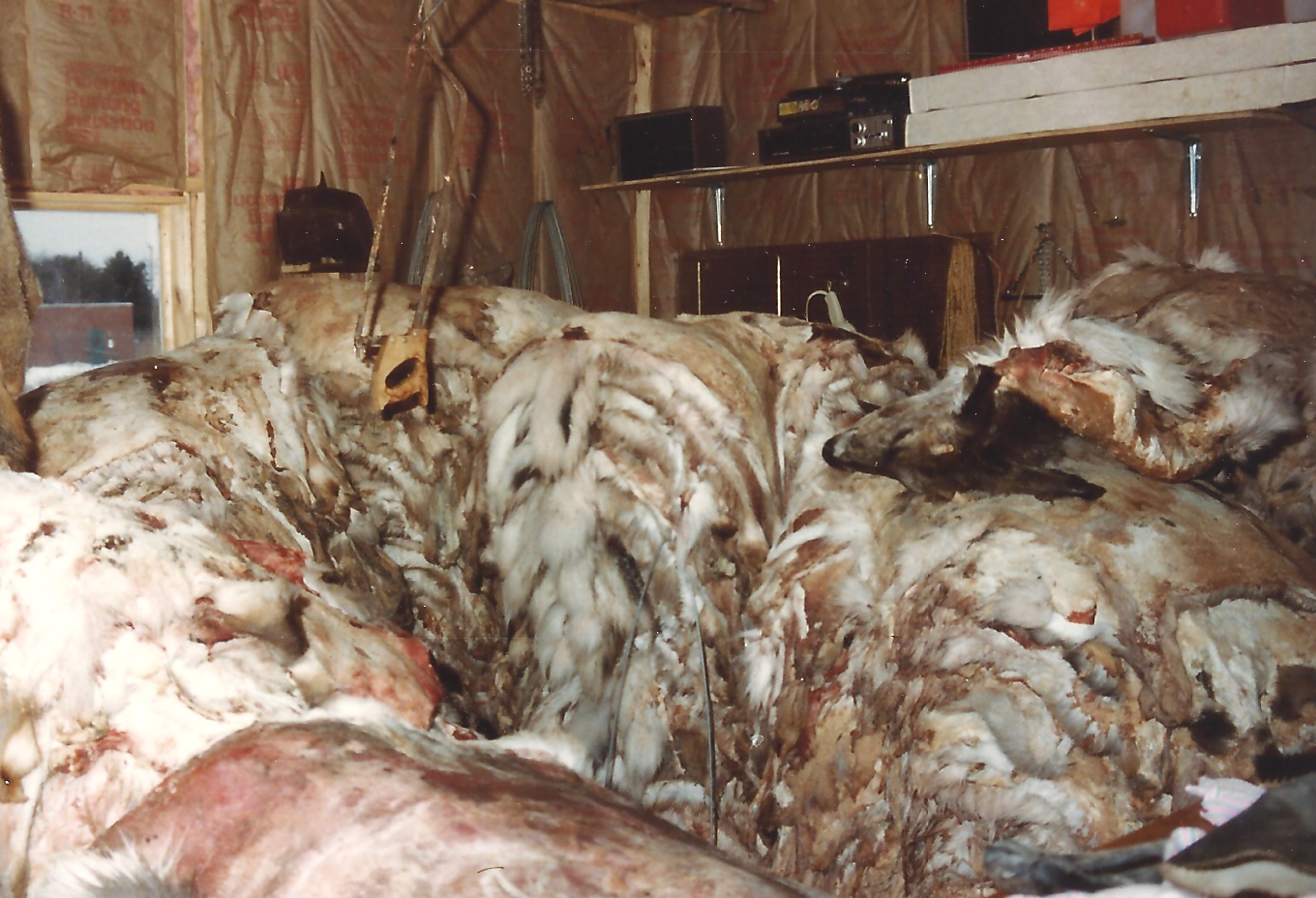 The following summer the brothers made the decision to build a shop of their own. No more than a large shed, just 12’X24’, it would be home to what came to be known as Marlos Fur Post. During the fall of 1983, along with selling trapping supplies and buying raw furs and deer hides, their first federal firearms license was obtained. Firearm sales quickly became a large part of the new business, and the process of purchasing firearms from wholesalers and selling them in their small shop soon engulfed their lives. 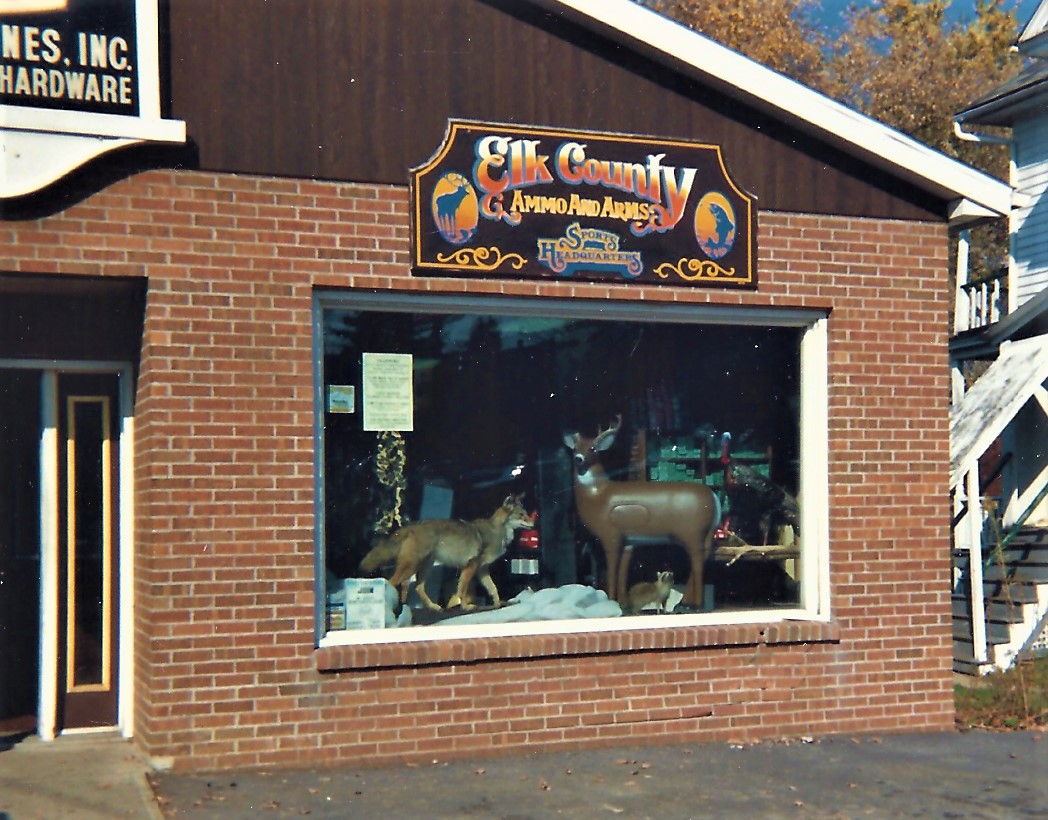 After not much more than a year, it became quite evident they needed to start looking for a larger storefront to accommodate the expansion of this business. By the summer of 1985, a new location was chosen. A 1,000 square foot building on a main street in the downtown shopping area of Saint Marys, Pennsylvania.
In order to support the two brothers with their growing business venture, Mom and Dad (Mark and Joe’s favorite fans), remortgaged their home. On August 5, 1985, in a new building with a new name, Elk County Ammo & Arms would open its doors. The new store held a proud inventory of thirteen firearms, along with hunting and fishing accessories, clothing and a large archery department. Eventually the market of buying and selling furs and hides faded away, however the retail side of business continued to grow. The need for a larger store to accommodate the expanding inventory again became apparent. 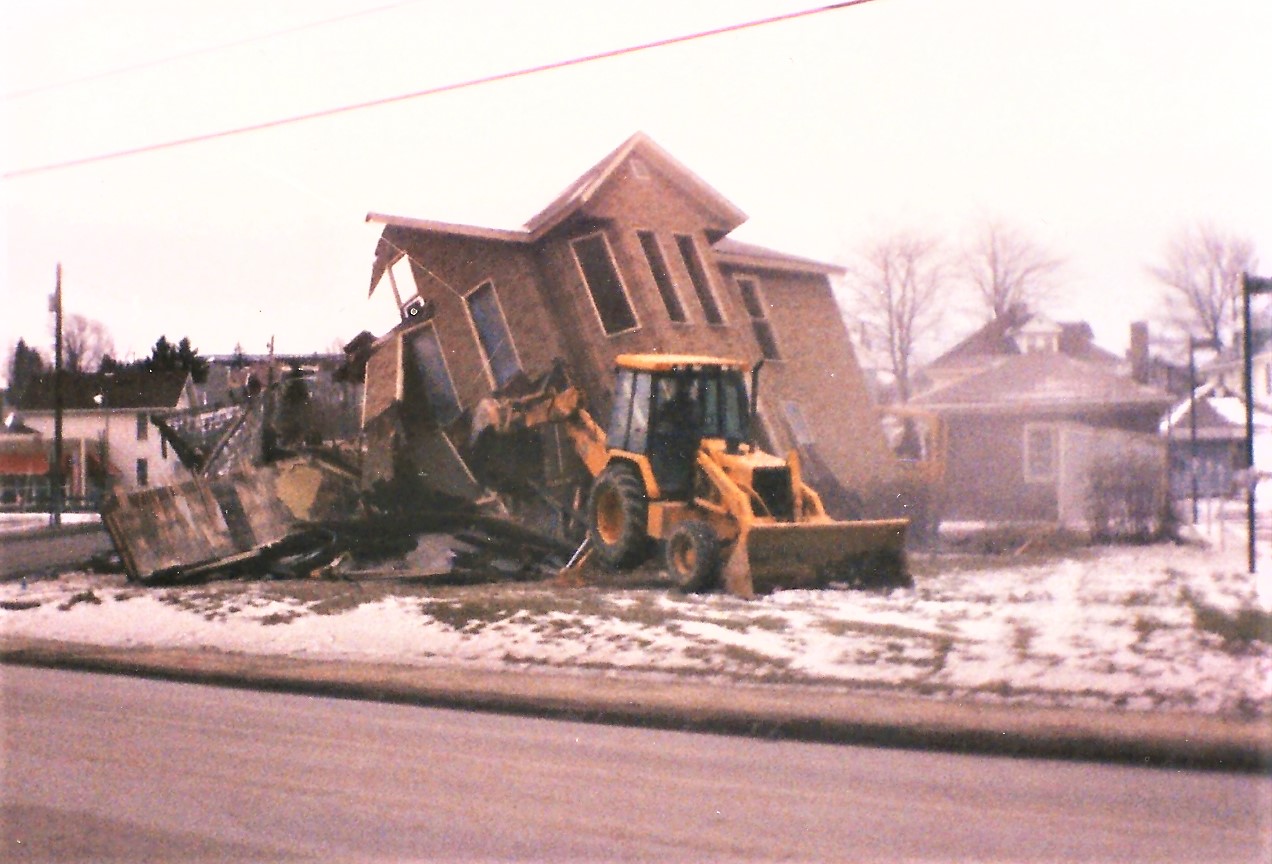 In the summer of 1991 at a local estate auction, Joe would shock the neighborhood as he raised his hand with the high bid on a piece of property directly across the street from the store’s present location. Demolition of the existing building on the property would soon follow, making room for the current home of Elk County Ammo & Arms. 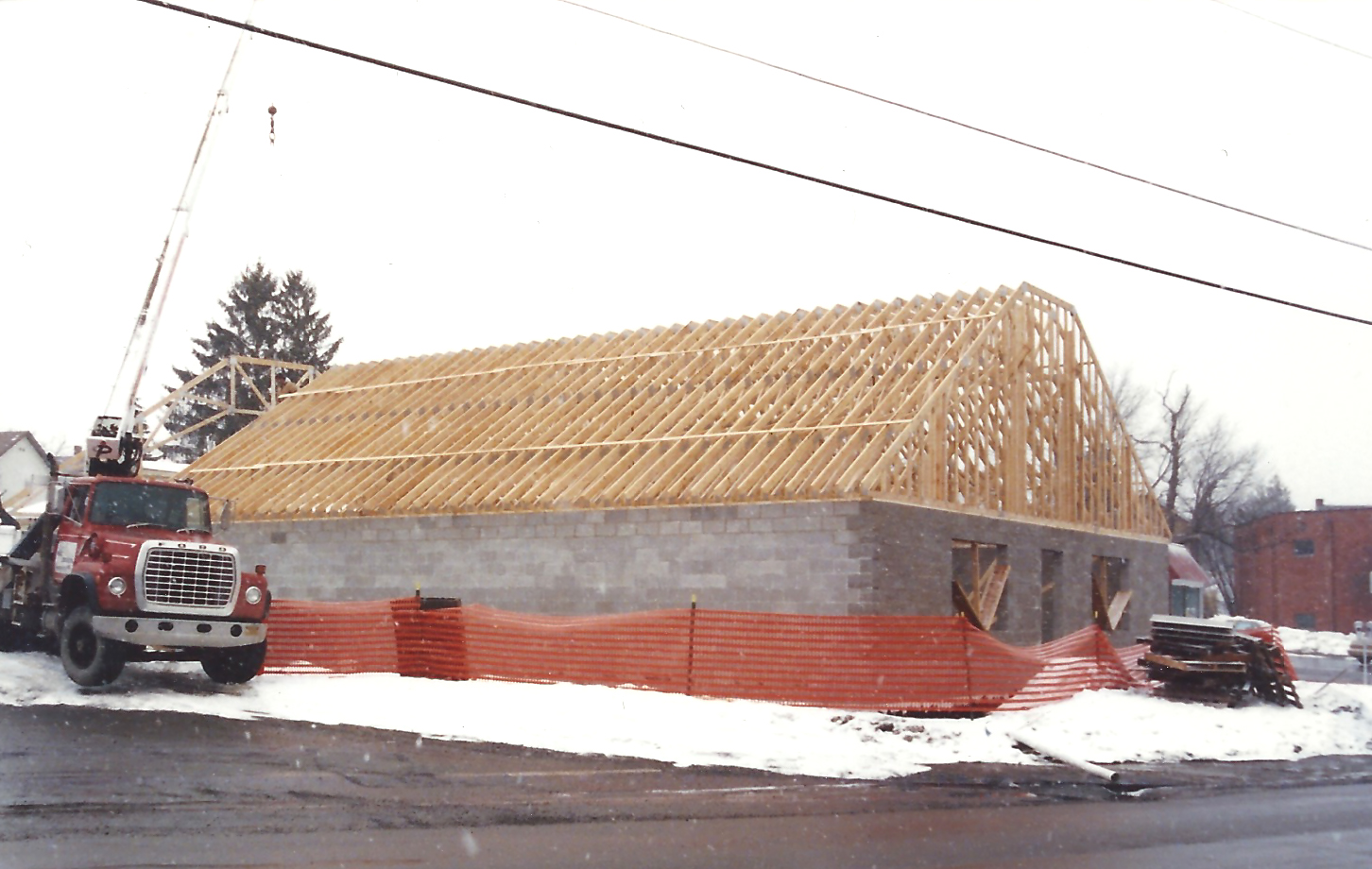 Beginning to peek out of the ground by January 1992, the new location would be two levels of sporting goods. On the top floor would be the main showroom showcasing firearms, optics, ammunition and related accessories while clothing and footwear would be downstairs. 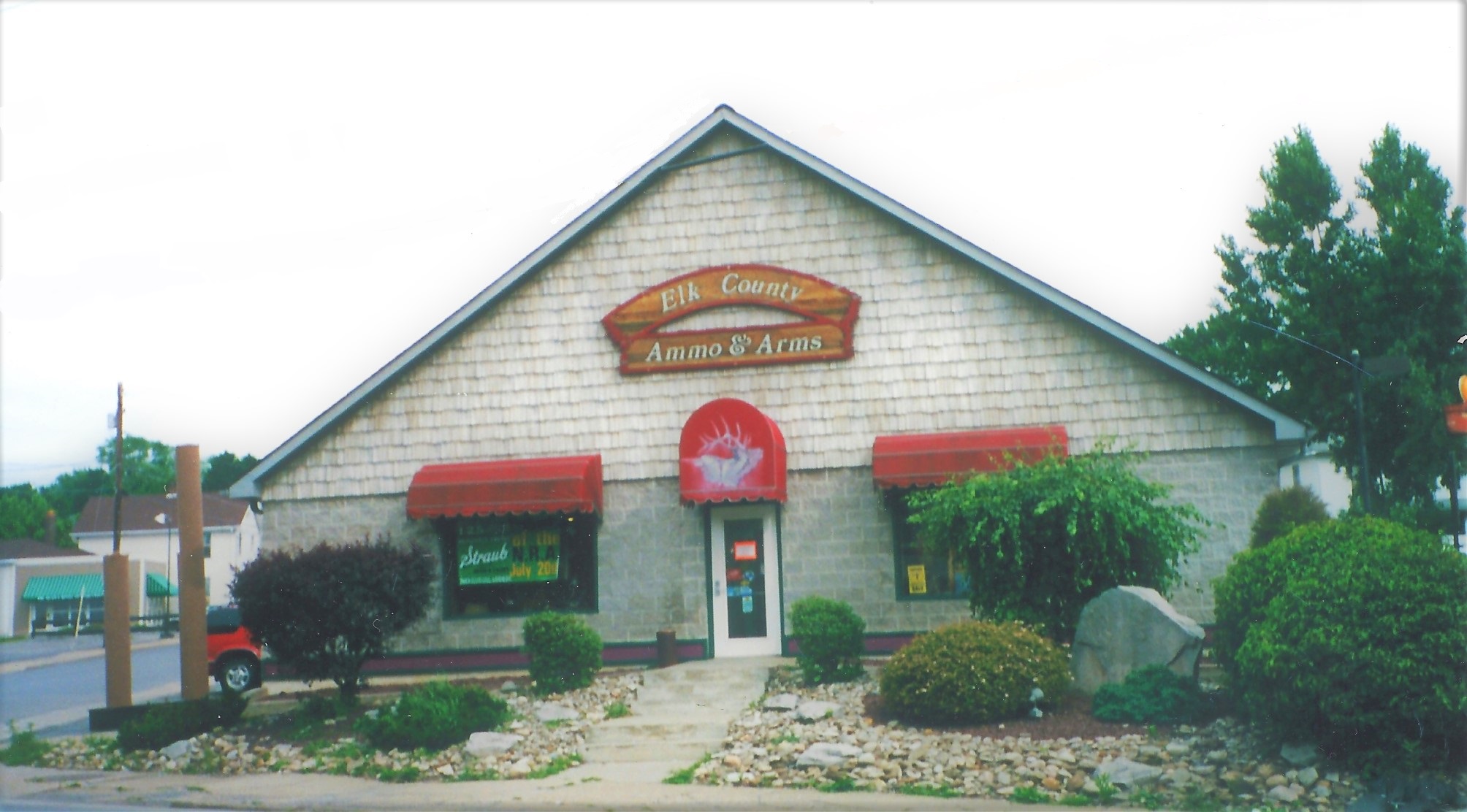 With construction completed in August, a mere eight months later, the move across the street would be an easy one! Mom, Dad, family and friends would fill trucks, carry merchandise and push clothing racks across the street to get the job done. With more space and better visibility at the new location, the increase in business was immediate and the first full time employees were hired.
In 1996 Elk County Ammo and Arms was accepted into one of the most prestigious buying groups in the country - Sports Inc. The brothers once again found themselves a mentor, this time by some of the largest and most widely recognized dealers in the country. Over the years their knowledge of the industry continued to grow, along with the amount of business and inventory they were selling. 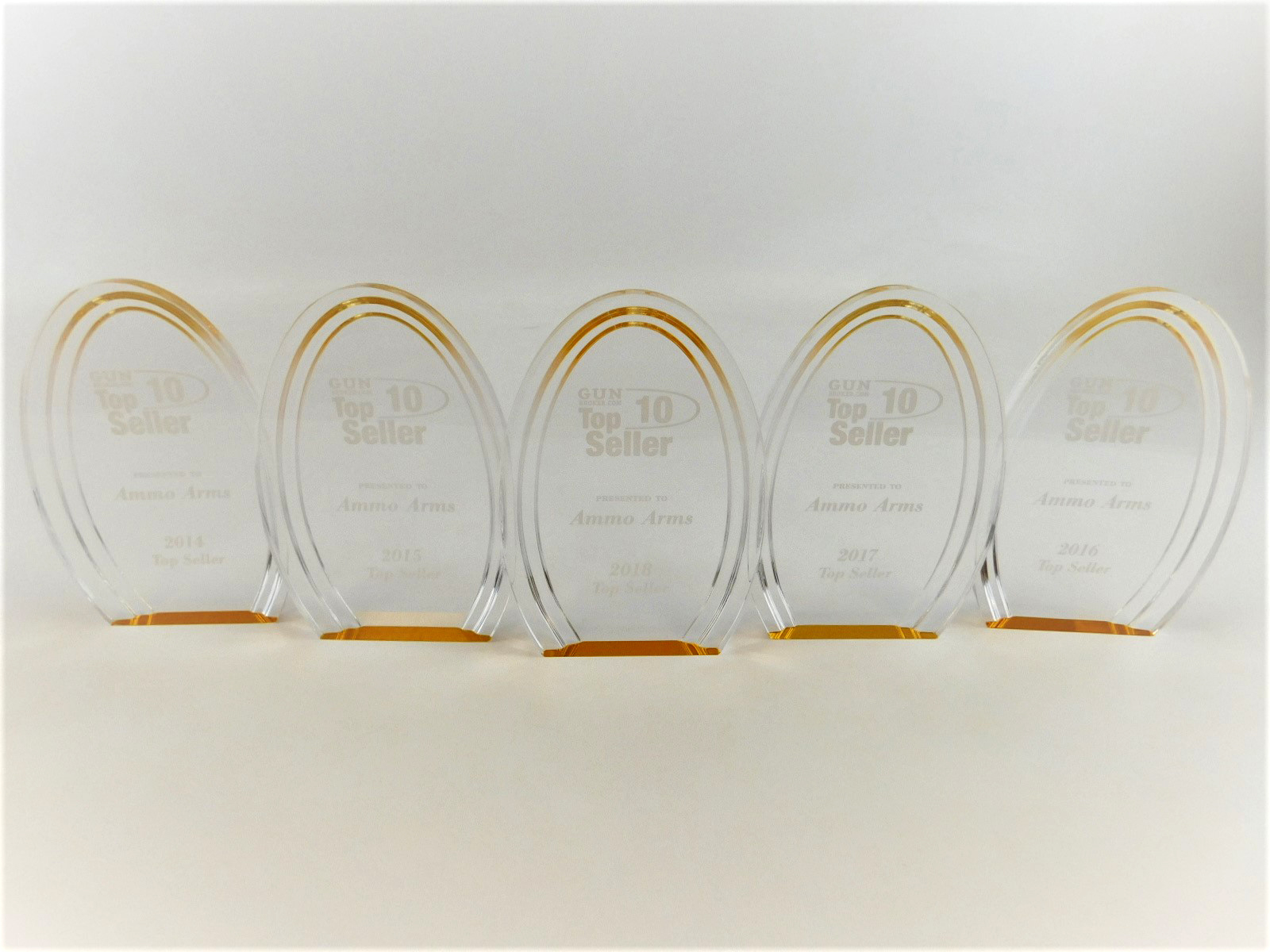 In 2011 another expansion project was set into motion. A 40’X45’ addition was added to the current building that would house additional inventory, along with what would become the rapidly growing internet sales department. Greg (second generation) came on board in 2012 to help with the growth of internet sales. By 2014 Elk County Ammo & Arms (known by the username ammo-arms) was awarded with a Top10 seller status on GunBroker.com®, the largest online auction site of firearms and related products. Elk County Ammo and Arms has retained this top seller achievement every year since, with tens of thousands of positive transactions made between customers all over the country. 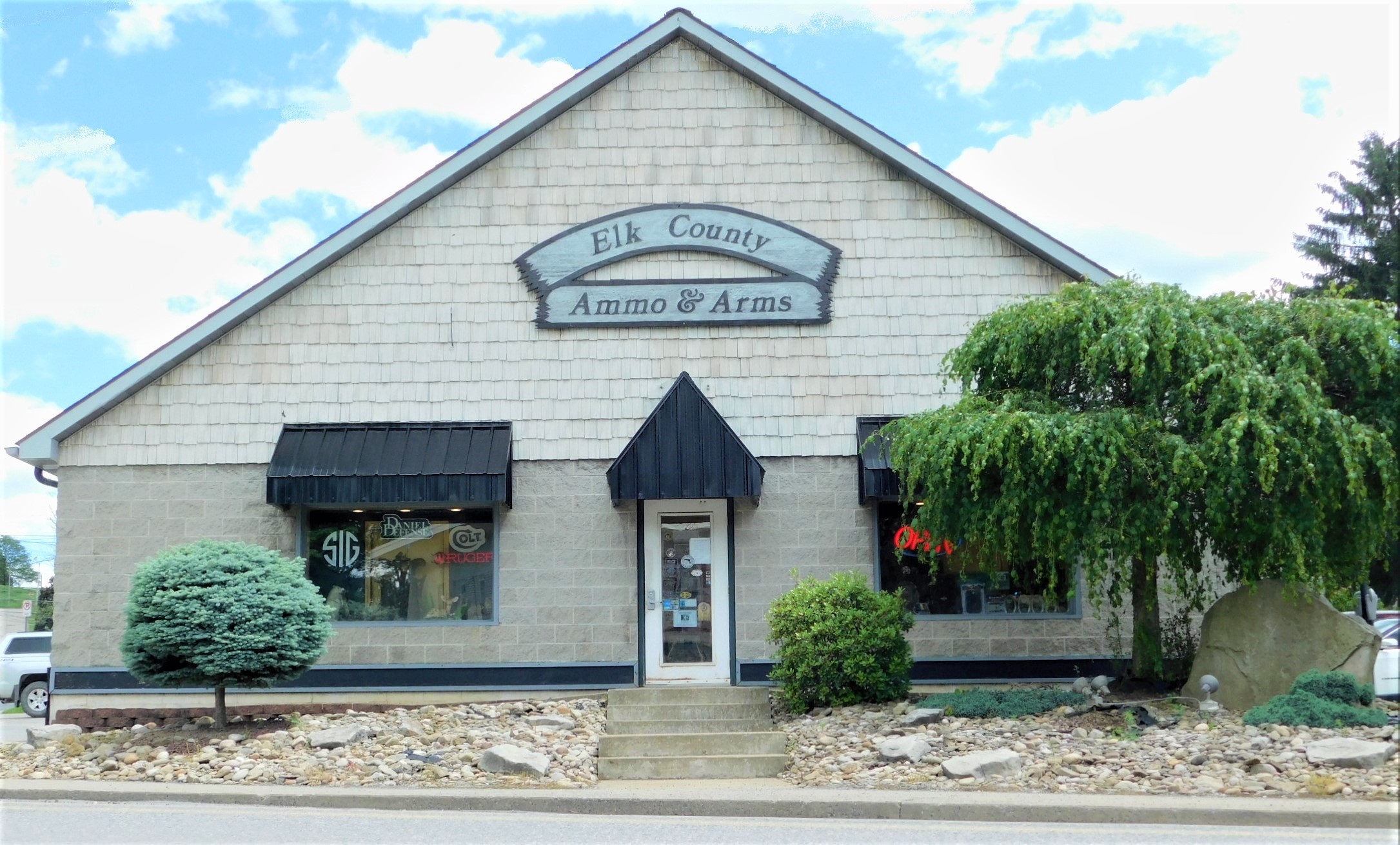 Today Mark and Joe still work full time along with the second generation of family. Dad still goes to the bank and post office throughout the week, and other family members frequently stop in to help out or say hello. You’ll also find at least twelve full time customer service oriented employees and an internet sales team that ships thousands of firearms every year to all 50 states.
If you’re ever in the area, feel welcome to stop in and see our two floors of firearms that are on display. Over 6,000 firearms are in stock, both new and used along with several brands of quality optics, ammunition, accessories and so much more.
Whether you've known us for years or are a first time buyer we can’t wait to provide you with the best service and products we have to offer.