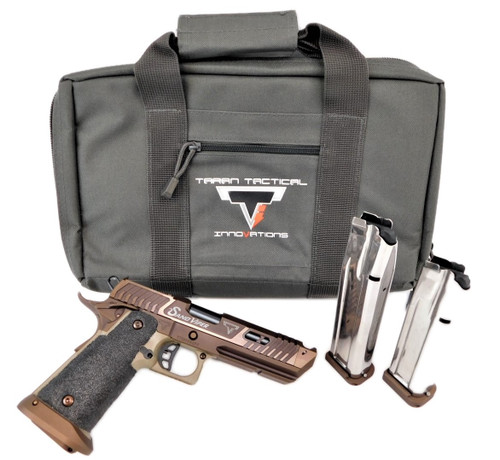 The Sand Viper was designed to be the ultimate 2gun/3gun pistol. This firearm runs flawlessly with any factory or handloaded ammunition. With its extremely flat shooting compensator and low bore axis optic cut, point of aim will be nearly dead on at every distance from 5 yards to 50! This gun is already the sickest serpent on the planet holding the overall win at the USPSA 2gun nationals. Unlike many other 2011s, the fit and finish is like nothing you've ever held. These guns are tailor designed to fit and feel exactly like the guns Taran has used building his legacy. The memory groove is blended seamlessly to activate immediately. For any shooter this is the most astonishing handgun you'll ever hold. Be careful of its hidden fangs!